Skip to content
Home » Why do fish bite lures?

Why do fish bite lures?

Anyone who has used man-made objects to catch fish has an idea why fish bite them. Fly tyers match-the-hatch with specific patterns that resemble what fish eat at certain times of the year.

Advertising and promotors of manufactured fishing lures relate their products to prey animals fish eat such as fish, worms, crayfish, etc. Eat is the keyword followed by hungry for.

Would it be that easy to catch fish using those recommendations?

But as many anglers found out over many years using lures, not all are created equal when it comes to catching fish.

I became frustrated many years ago following the advice of pro anglers that said what to cast but not why that lure is the best choice.

Over a thousand lures collecting dust and more than that spent on them forced me to investigate lure types and designs in hopes of discovering what is true versus what is misinformation or false.

Like many diehard anglers, I was obsessed with catching bass initially and then catching them in tournaments hoping to one day become famous.

Having used a float and live worm as a youngster I found has its limitations. To win a tournament, you have to find fish and use whatever lure covers water the fastest.

Many lures do that when fished from a boat that to allow casting to many spots fish might be present.

Plastic worms didn’t cut it though they are one of the best slowly worked lures for catching bass on the bottom. Enter the jig & pig.

The term became famous when two gents by the names of Jones and Schreiner found that substituting pork rind and adding it to a jig could catch saltwater and freshwater species of all sizes. For 93 years until the company went under, thousands of anglers bought jars of preserved pork to add to skirted jigs – the skirts made of different materials tied to jigs.

I was one of those anglers and did very well catching bass 😀.

The skin of the pork undulates tantalizingly on even the slowest retrieves, enticing a large number of gamefish in a variety of situations.

The addition of the pork also causes the lure to sink more slowly, making it linger in the strike zone on the fall and allowing for slower retrieves.

The combination can also be retrieved horizontal to the bottom for short swims to cover more water.

Of course, pork rind must be preserved in jars of salt brine or decompose into a smelly rotting glob.

One of the pork shapes sold supposedly imitated that of a real frog which the designers once used to catch bass.

Whether or not that was the original intention – imitation – will never be known for sure, but advertising claimed the jig & pig was a lure that fooled fish into believing the combination was a real frog or crawfish. Plus, fish would hold on longer because of the salty taste and meaty texture. Enter plastic trailers.

See the list of best inshore spinning rods to buy on Amazon!

Even though pork trailers lasted a long time, they were hard to unhook to be returned to the jar of preservatives – which became the undoing of the line of Uncle Josh products. Many shapes and actions did as well if not better than pork.

I began using jigs I tied fur to and added pork strips to entice-the-bite. They did! Then I found rubber skirts in different colors and tied them to a particular weedless jig called the Arkie jig.

I caught bass galore casting the skirted jig and trailer – both in certain colors as suggested by celebrity anglers on fishing shows.

After a while, I experimented with different skirt colors and trailer shapes, again doing just as well as black or brown.

But then it hit me: skirted jigs and spinnerbaits do not imitate any prey animals that ever crawled, swam or wiggled as was preached for decades to sell stuff.

So what was it that caused fish to strike?

Back to the above italicized words regarding pork lures. Lure action tops the list of fish attractants. If lure action is wrong, fewer or no strikes happen.

So, what are the best lure shapes and actions that catch the most fish when used the right way?

Fortunately there is an infinite amount just as there are those that don’t do nearly as well. Many good lure designs catch most fish species and size fish in a body of water. Having gotten into making and designing soft plastic lures and being able to test them in different waters, has revealed facts about lures that can not be disputed.

Video – Why do fish bite? (Explained)

Lure color is in the eye of the beholder

For years, certain color choices were not choices at all but what someone said they should be according to what lures imitated. But years ago I cast clear plastic crankbaits and surface lures and caught bass. Recently I began making clear-color soft plastic lures and done as well as colored lures.

Lure action is felt and seen

Fish have incredible senses that detect moving objects and the nature of a lure’s motions whether the thumping of a metal blade or the flutter of a curly tail.

Your site doesn’t have any tags, so there’s nothing to display here at the moment. 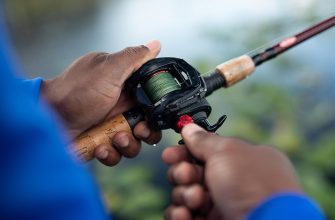 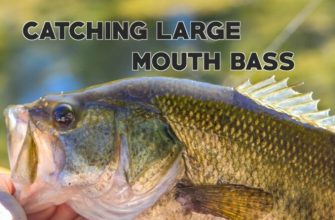 Best Bass Lures for summer
Perch fishing with a spinning rod during the summer.
0379 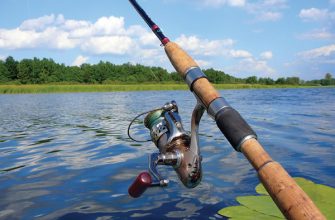 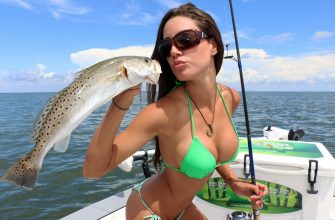